Unless you’ve been living on the slopes of Mount Everest, you’ve probably heard all the kerfuffle about Downton Abbey and its season ending episode. Viewers are outraged and threatening Julian Fellowes with pitchforks and torches. The writers and production team are busy pointing fingers and yelling their reasons.

I’ve read some of both sides and I have to say, I agree with them both. 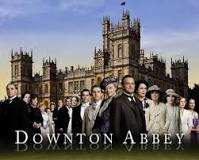 The reasons it made sense:

Viewers liked the actor and wouldn’t want to see that character played by anyone else.

His story arc was done. What else could be done to him?

His death would make the other characters mine their own depths for future storylines.

It was the second family member death in Season 3. How many tragedies should this family bear?

The whole episode ended with no hope for next year. No reason to tune in. Grief. Mourning. More black dresses.

I’m not sure I feel betrayal but dismay? Definitely.

This season seemed more soap opera than period drama. It also began overlaying 21st century political correctness on early 20th century conventions. I don’t believe that a man who would forbid his family to be served lunch by a former prostitute would be so accepting of a homosexual man dressing him and serving at his table.

I’ll likely tune in to the beginning of Season 4, but they better hook me and reel me in. Otherwise, I’ll move on.

What do you think? Did the ending leave you yearning for more? Or were you let down?