I was reminded today of one of my favorite legends.

I’ve heard it told as an anecdote about the prophet Elijah, King Arthur’s Merlin, and an unnamed wise man. I’ll use Elijah because I want to.

Elijah and his aide were journeying through a kingdom. They stopped at a rich man’s home and asked for shelter for the night. The rich man sent them to his barn and tossed them some pig slop for dinner.

The next morning, Elijah thanked the rich man and paid for a local tradesman to repair his crumbling wall. 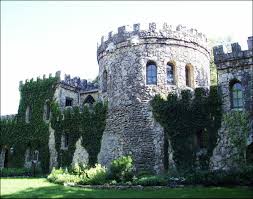 That night they lodged with a poor couple who shared their home and food freely, including plenty of milk from their only cow.

The next morning, the cow died.

As Elijah and his assistant continued on their journey, the younger man became angry with God and demanded Elijah tell him why the rich man was allowed to treat them so poorly and have his fence mended while the generous poor couple had to lose their cow.

Elijah sighed. “What you don’t know is that there was a vast treasure buried in the rich man’s wall. I had it repaired so he wouldn’t find it and become more greedy and selfish. It had been decreed that the poor woman would die that night, but in appreciation for the hospitality, God took the cow instead.”

I love that there’s more going on here that we don’t know. That it all comes down to trust. Trust and obey. Hey, I hear a song coming on…

Oh. Anyway, I remind myself of this story when things happen that I can’t make sense of.

Sometimes I forget that God is in charge and I’m not Him. He has his reasons. He is sovereign. He knows what’s needed and what’s best. I trust Him.

Thanks, I needed to be reminded that I do.