For a few weeks, I’m going to be posting interviews with some of the characters from Take a Chance on Me by Susan May Warren. First up, I’m pleased to introduce you to Ivy Madison: 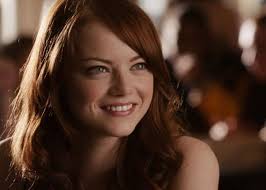 Hey. I’m Ivy Madison and I’m super glad to be here. I’m the new assistant prosecutor in Deep Haven. The truth is, I’ve always wanted to live in a small town. Call it a idealistic dream, but the fact is, I grew up in Minneapolis, shuffling to different foster homes, and the minute I heard about Deep Haven, a little town in Northern Minnesota, I thought…hey, I could put down roots there. People would know me, and it would sort of be like…family.

Not that I need family. I’m just fine on my own, but…well, okay, someone who knows you, that you could spend holidays with might be nice. Or maybe I’ll get a dog. Whatever, I’m just glad to be here. And yes, it happens to be the same town Jensen Atwood lives in – I might even look him up. He doesn’t know I’m the lawyer who got him his plea bargain/community service sentence – that was a fine bit of lawyering if I do have to say so myself. But I was just a clerk back then, and no one was supposed to know. But I know, and maybe someday I’ll tell him I was the one who saved him from four years in prison.

It’s just the start of something great here in Deep Haven – a new life, a jumpstart on my career.

So what made a mistake on my very first night here. I plead ignorance – and it wasn’t exactly my fault because this nice lady named Noelle told me to bid on Owen Christiansen in the bachelor auction. Only, it wasn’t Owen, and if I hadn’t been in the bathroom, I might have heard him introduced as Darek Christiansen. His older brother. The surly, angry one. So, he was cute…I should have listened ot the quiet foreboding around me as the crowd went silent. But he looked so forlorn I know what it feels like to be the awkward center of attention.

So I bid on him. And now I have to spend an evening hanging out with him. But I’m not going to let it get me down. So what he’s a bit grumpy. I never have to see him again, do I? If he’d just let his guard down and take a chance on me, though, he’d find that I’m a pretty nice girl. I can fit in. I’ve had to.

My biggest fear is that something will happen that causes me to have to leave. But this is Deep Haven – nothing bad happens, here, right?

Read my story about starting over in Susan May Warren’s new novel, Take a Chance on Me.

My Tweets
Join 3,368 other followers

My Tweets
Join 3,368 other followers