Tuesday morning started with the Drama Princess waking up crying because she had a dream she turned into a cat. Then she walked to the full-length mirror to be sure she hadn’t changed into a cat.

Loud wailing ensued for 10 minutes. Because she had just woken up, her pupils were dilated. She was convinced this meant she was becoming a cat. Grampy and Grammy explained how the pupil of the eye works, in the light and the dark. She spent the next 40 minutes watching her eyes in the mirror, turning the light off and on, as her pupils dilated and contracted. 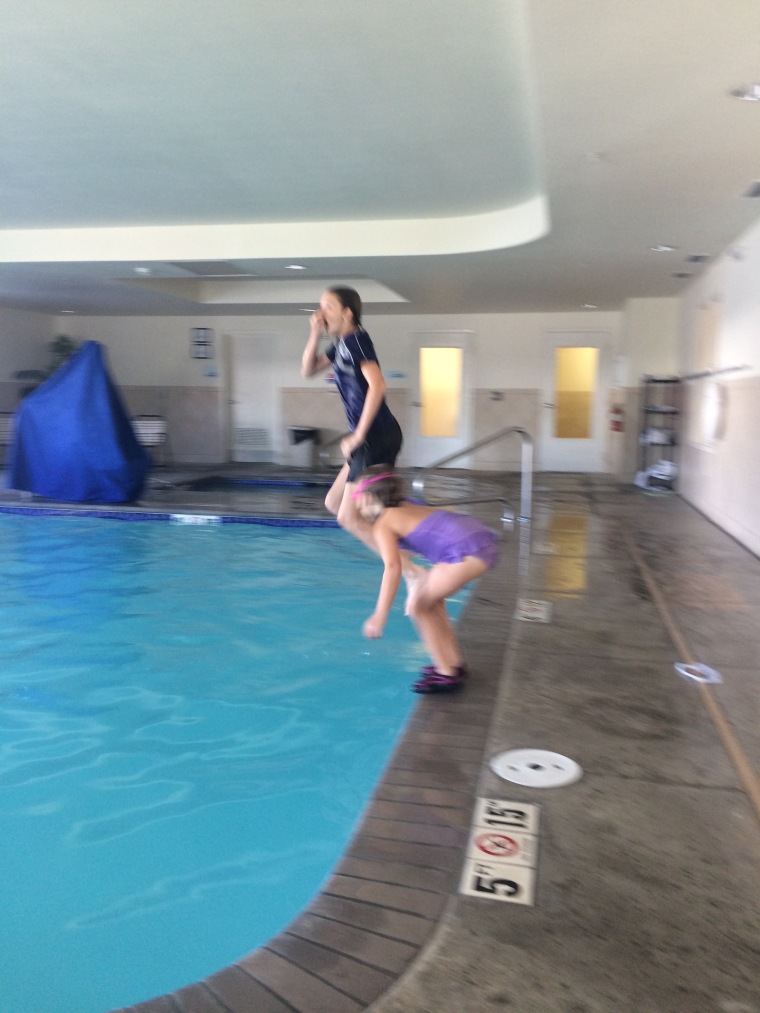 Both girls love a hotel. After their Holiday Inn Express breakfast, we headed to the pool, while Grampy ran some errands.

We decided the girls needed swim shoes because their feet were already getting cut from the bottom of the pool, from all the jumping into the pool. Grampy headed out for swim shoes, and more Lunchables. The girls are eating more on this trip than we have ever seen them eat. They both have a hollow leg.

They swam till almost noon, then we went back to our room for lunch out of the ice chest. We thought a bit of a quiet time might be a good idea. So both girls and Grampy fell asleep and took long naps. We finally left the hotel at about 3 PM. We drove to Genoa, Nevada.

Genoa is billed as, “the oldest city in Nevada.” It has a one-block long old town, with antique shops, a general store, a bar and grill, and museums. We heard amazing reviews of the ice cream available in the general store so after walking through the town and into a few shops, (which took about 15 minutes), we each had a scoop. There’s a beautiful park, with a statue of the man who delivered mail to the town in the late 19th century. In the winter, he came twice a month, on long skis, with the mail on his back. It took three days to get here from Placerville.

We then headed to the resort, where we have access to the mineral dprings, hot tubs, and a pool. We spent several hours there, and the girls had a blast.

The two notable things at the resort: one pair of goggles has disappeared into thin air. She had them and then she didn’t and we have no idea where they are. It was literally 10 minutes from the time she took them off till we discovered they were missing. And we hadn’t gone very far. From the pool to the locker room.

The second notable thing was them seeing a woman in the locker room. She was naked. This sparked questions and a conversation about locker rooms, spas, nudity, appropriateness of nudity, and the use of optional changing rooms.

We’d had our picnic dinner in the park, but both girls were starving again. So Grampy made a quick stop at Dairy Queen for chicken strips which they ate in the hotel room. We read Chapter 3 of The No. 1 Ladies Detective Agency. No tears this time, but a bit of judicious editing by Grammy was needed. The elder child caught that something was awry, so we will be having another conversation about appropriateness. 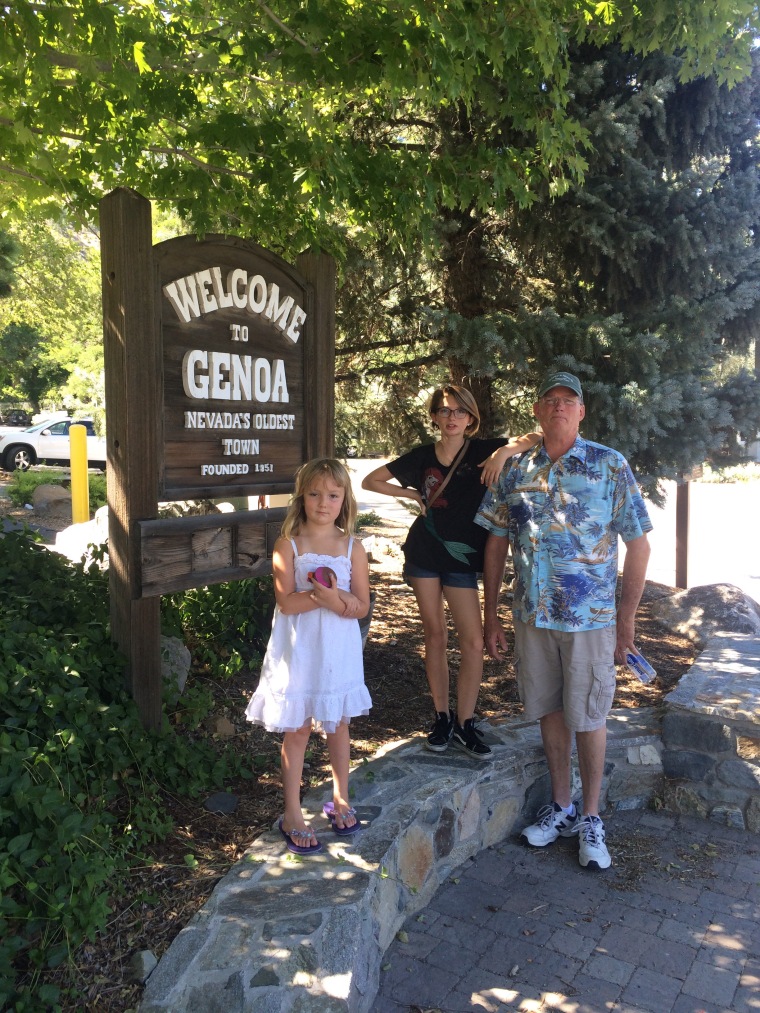