Our amazing niece procured some vouchers for us to use while we were in Ireland. Today we headed to Kylemore Abbey.

Kylemore Abbey is a beautiful castle built by an Irishman, Henry Mitchell, who lived in Manchester, England.  He had inherited a fortune from his cotton merchant father and built the home for his wife and family and it included amazing Victorian gardens.

In World War I, it became the home of a Belgian order of Benedictine nuns. The gardens were neglected and fell into ruin. The nuns ran a boarding school until 2010. We met a woman in England whose sister-in-law had attended the school as a local day student. They had a long and honorable history of educating young students.

In 1995, a restoration project began in the gardens. They aren’t quite to their full Victorian glory, but they are gorgeous and you can certainly get a taste of what they were like.

After buying our tickets with our vouchers, we walked about .75 mile to the gardens. In the garden’s prime, there were 21 glass greenhouses. Only one has been restored, but you can see where the others sat. The gardeners grew bananas and other tropical fruit and flowers for the family.

The one restored greenhouse behind me.

From one side of the gardens.

What a beautiful place to sit and take in the gardens.

As we finished our tour of the gardens, the heavens opened and it poured! There was a tea house nearby, so we hurried in, but we weren’t the only ones with that idea. It was too crowded and too loud, so we walked a short distance and caught a shuttle that returned us to the main entrance.

The rain had pretty much stopped by then so we walked on to the Abbey itself. It’s a beautiful castle, with displays about the family who built it, Irish history, and the Benedictine nuns who lived there.

Mrs. Mitchell died unexpectedly from dysentery while on a Christmas trip to Egypt in 1874. She was 45 years old and left behind her husband and nine children. Mr. Mitchell built a neo-Gothic cathedral in her honor and a mausoleum nearby where they are both interred.

We saw several “insect hotels” in the garden.

A pile of peat. 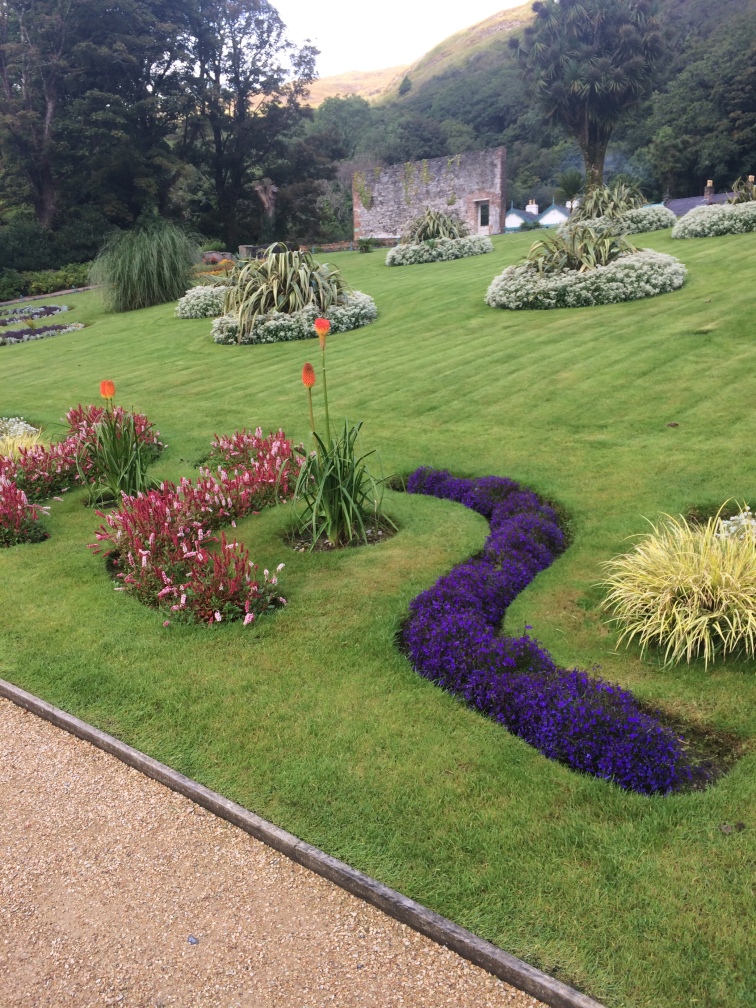 We left Kylemore Abbey and headed back to Westport. But we were hungry. We stopped in Leenaun, a village on our way, and had lunch at Hamilton’s Pub. It was a true local pub. An old timer at the bar was drinking coffee. Another couple soon joined him with a dog who settled at their feet. We shared fish and chips which were good. I started to wonder if I really like fish and chips or if I just eat the fish in order to eat the chips. We each had a diet Coke. An 8 oz. can of Diet Coke was 2.75 Euro. That’s about $3.37 at today’s exchange rate. Yes. We paid over $6 for two sodas. Yes, we’re crazy and yes, we were thirsty.

We headed back to our niece’s home where I took a nap and then she and I went out for the evening.

More about that next week! 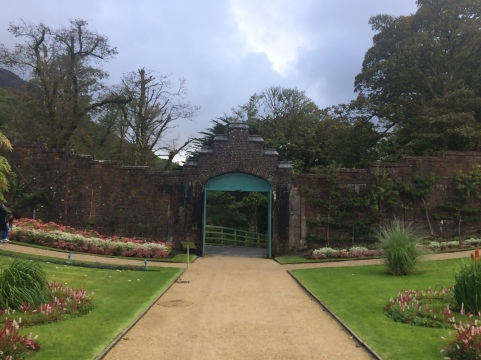