We recently visited the Madera County Fossil Discovery Center. We took our grand-daughters to see the pre-historic fossils on display there. It’s a fun place to spend a few hours, giving kids the opportunity to dig up “fossils” and learn about the animals who inhabited the area in ages past.

Since we’d never visited it, Stud Muffin and I weren’t clear on what exactly was on display there and we erroneously prepared the girls to see dinosaur bones. The center has skeletons of Columbian Mammoths, Saber-toothed cats, horses, sloths, and camels, all from pre-historic times, but no dinosaurs. 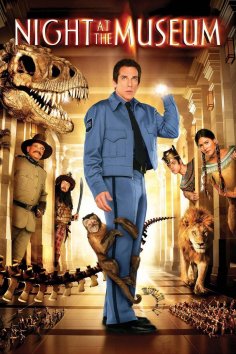 The night before our visit we decided to watch Night at the Museum. Both girls both enjoyed the movie, but the five-year-old loved it. When we told her that there was another movie (and another!) she had to watch them, too.

So I was able to watch all three movies in as many nights, giving me the unusual (for me) opportunity to see an entire series close enough to judge them together as one work.

Each movie is able to stand alone. There’s not much backstory in the sequels to slow down the stories and they launch pretty quickly.

The first movie is undoubtedly the best. The second movie, Night at the Museum: Battle of the Smithsonian was good, too. The weakest of the trilogy is the third, Secret of the Tomb, but arguably funnier with the addition of Rebel Wilson as a night guard at the British Museum. It felt rushed, like it was thrown together to capitalize on the popularity of the first two.

We shared the first movie with another family member a few days later and she did not enjoy it all. She found it too “slap stick.” While there is some physical humor (and the slapstick quotient goes up in the next two movies), it’s not overly distracting. Kids love it.